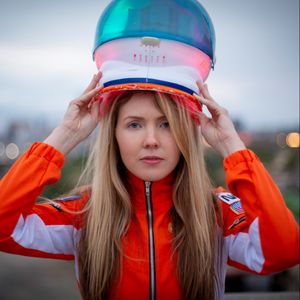 House of Blues Anaheim
400 W Disney Way #337, Anaheim, CA 92802
The Women’s International Music Network (the WiMN), proudly announces a stellar array of honorees for the 2020 She Rocks Awards. Paying tribute to women in the music industry, the eighth annual She Rocks Awards will take place at 7:30p.m. on Friday, Jan. 17, 2020, at the House of Blues Anaheim, during the NAMM Show. This high-energy evening includes live music, awards and speeches, celebrity appearances, a fabulous silent auction, amazing gift bags and much more.

The event is open to the public, and tickets can be purchased at sherocksawards.com.

The 2020 She Rocks Awards recipients include:

Our hosts for the evening are Lyndsey Parker, music editor at Yahoo Entertainment and co-host of the daily SiriusXM Volume show Volume West, and Mindi Abair, saxophonist/vocalist and two-time GRAMMY nominee.

This year’s opening performers will be Japanese act D_Drive, hosted by Marshall Amplification. Consisting of Seiji and Yuki on guitar, Toshi on bass and Chiiko on drums, they play high energy, instrumental rock music with a combination of jaw-dropping guitars and a fireball rhythm section delivering a unique sound.

See more about each of our 2020 honorees, hosts and performers here.