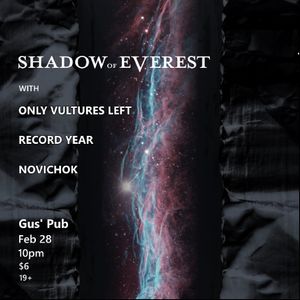 Featuring:
Only Vultures Left
Vultures’ style is deeply rooted in 90’s grunge, with a subtle 80’s influence. Whether you are looking for an upbeat groove to dance to, a slow ballad, or just plain old face-melting aggression, it’s all there in the Only Vultures Left catalog.

Record Year
Pop-punk band based in Dartmouth, Nova Scotia. Inspired by various bands in the punk and metal genres.