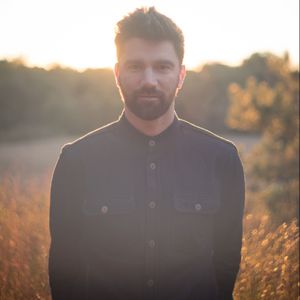 Washington, D.C., DC
I Was There
About Eli Lev
Genres:
Folk, Indie Folk, Acoustic, Adult Alternative
Hometown:
Silver Spring, United States
At the center of the most potent folk music is a shamanistic vessel that’s traveled miles in the outside world and miles within his or her emotional interior to emerge wi...
Read More
Official
Facebook
Twitter
Instagram
YouTube
iTunes
Spotify
Webstore
Fan Club

Compared to The Lumineers, Jason Isbell, Mumford & Sons, and Passenger, ‘Deep South' is the third in a four-part directional series that was inspired by indigenous traditions Eli learned while teaching on the Navajo Reservation in Northern Arizona. Listen now via Spotify and Apple Music.

The past two releases have earned critical praise from the likes of Paste, Buzzfeed, CBS Radio + more, along with national folk radio support and prominent Spotify playlisting.

In 2019 alone, Eli Lev has won multiple awards for his work (Way Out West won a WAMMIE for best Country/Americana album, and “Chasing Daylight” won a grand prize in the Mid-Atlantic Songwriting Competition). He’s built a strong national following and has toured all over the US, with an International tour (Spain, France, Andorra, UK, Ireland, Iceland) and additional US dates in the books for 2020.

Deep South Track listing:
1. On the Run
2. Chasing Daylight
3. To The Stars
4. Walking Away
5. Anywhere We Can Go

Washington DC-based Eli Lev grew up in a musical family but his journey in music, has seen him forging a path all his own.

It would be Eli’s free-spirited attitude toward travel that continued to shape the character of his songs.

Interestingly, it wouldn’t be until many years into being a globetrotting troubadour that Eli decided to pursue music full time. In 2015, he was solo camping on a beach in Mexico when he made the fateful choice to trust the process and become a full-time musician.