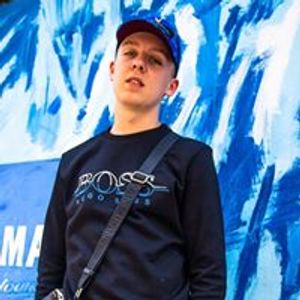 6 RSVPs
Fit and firing after selling out his recent UK tour in seven minutes flat, Manchester MC Aitch will be putting his considerable skills on display at debut shows across New Zealand and Australia. Aitch tickets on sale now.
Currently sitting at number one in the UK with ‘Take Me Back to London'(his collaboration with Ed Sheeran and Stormzy), Aitch (real name Harrison Armstrong) has also recently released his debut EP Aitch20 to much fanfare both at home and abroad.
Still not quite 20, most of Aitch's childhood friends would probably be more likely to head to Australia for a boozy gap year at this stage of their lives, but such has been the extent of this North Manchester native's rapid rise, he'll first set foot on these shores in the midst of a fully blown breakout bonanza.
Whether it's rap, grime, dubstep or drum & bass, he pilots his rhymes around addictive instrumental orbits, always landing the craft with a wink to his besotted listeners.
View All Aitch Tour Dates
Find hotels and vacation rentals near Metro Theatre in Sydney
About Aitch
Genres:
Uk Rap
I Just Spray
Spotify
Official
Facebook
Twitter
Instagram
YouTube