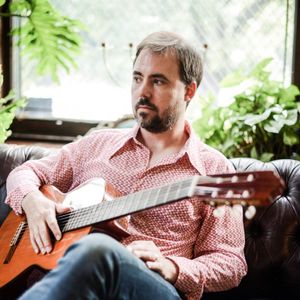 Back in 2007, I stumbled upon a brand new winery in Mt. Airy, MD called Black Ankle Vineyards. When I first played there it was a sleepy little vineyard that was making some incredible wine. There was something magical in the air at the Black Ankle farm that day when I sang the first of many songs, I knew that they were on the brink of something special. I was thrilled that they had me play there and have had me back year after year. It sure didn't take long for people to find out about it and for their wine to be considered the best in Maryland.

D.T. Huber is a Baltimore-based Americana singer/songwriter whose songs arrive at truth in an ever-changing, deceptive world. Blending all things folk with outlaw country, blues, and bluegrass, D.T. draws from the deep wells of the American songbook. His songs delve into the minds of characters who struggle with love, joblessness, injustice, addiction, and poverty. It’s a mean old world, but within the struggle there exists immense joy along the way. It’s the balance between darkness and light, a sense of tradition, and a notion that history gives us a deeper sense of ourselves, that are the driving forces behind D.T.’s music.