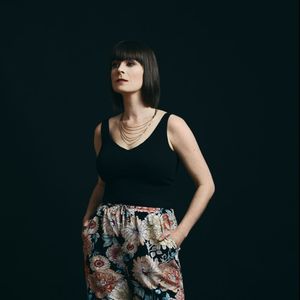 "A big sound from a little island."
(Raina Douris, Mornings on CBC Music)

Glowing with catchy pop hooks, Rachel Beck’s distinctive piano melodies and emotive vocals are captivating audiences across Canada. Her upcoming release, Stronger Than You Know, is a celebration of strength and resilience. It’s a gentle call to action -- a call to stand up, to speak out, to be present, to love fiercely. The record shimmers with layered synths and lush strings, balanced by dynamic percussion and bass. But the focal point, the unifying force throughout, is Beck's stunning voice.

Stronger Than You Know follows Rachel Beck’s self-titled debut album, which garnered two ECMA nominations, two Music PEI Awards, and a SOCAN #1 Award for single Reckless Heart (#1 on the CBC Music Top 20 Chart in March 2018). Tour highlights include performing for Their Royal Highnesses The Prince of Wales and Duchess of Cornwall, appearing twice at the legendary Stan Rogers Folk Festival, opening the 2019 ECMA Gala Awards Show, and playing beautiful festivals and stages from the Rogue Folk Club in Vancouver, BC to the Imperial Theatre in Saint John, NB.

Audiences can expect an emotional journey through an ethereal soundscape, from regret and romance to hope and exhilaration. Exposed. Empowering. Connective. “Rachel Beck knows how to bring an audience together, as she gives her all on both musical and personal levels, creating an atmosphere that is at once seductive and celebratory–an invitation to joy.” (Lynn Ann Bradley)
View All Rachel Beck Tour Dates
About Rachel Beck
Genres:
Electro Pop, Indie Pop, Pop, Chamber Pop
Hometown:
Charlottetown,Canada
"A big sound from a little island."
(Raina Douris, Mornings on CBC Music)