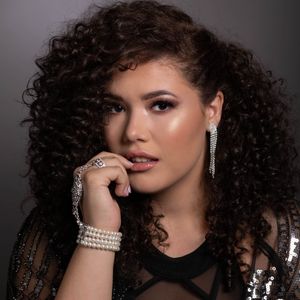 All That Jazz Cafe & Grill
3491 Hiatus Rd, Sunrise, FL 33351
Join Ashley in her hometown at All That Jazz in Sunrise, Florida! She will be performing exciting arrangements of standards with the house band.

About Ashley:
Ashley Pezzotti is a young jazz vocalist rapidly making a name for herself, and 2019 was quite a year for Pezzotti, with highlights including the release of her critically acclaimed and encouragingly titled debut album We’ve Only Just Begun; a live performance of Wynton Marsalis’ The Ever Fonky Lowdown with the Jazz at Lincoln Center Orchestra with Wynton Marsalis; and participation in the prestigious Betty Carter Jazz Ahead program, in which she was mentored by Dee Dee Bridgewater, Jason Moran, Casey Benjamin, Marcus Printup, and Peter Martin. Lovers of the Great American Songbook—and tunes inspired by it—should make sure to see Pezzotti perform live.

“The narrative of life, love and promise conjure the sensibilities of a bygone era, something particularly impressive for a 23-year-old vocalist... A sound band, promising voice, excellent song selection and writing mark Pezzotti as a performer to watch.” — DownBeat

“Pezzotti may be young, but she sings like an old soul, a musical melding of Ella Fitzgerald and Anita O’Day, with a little Claudia Acuña thrown in.” - Tucson Lifestyle
View All Ashley Pezzotti Tour Dates
Find hotels and vacation rentals near All That Jazz Cafe & Grill in Sunrise
About Ashley Pezzotti
Genres:
Jazz
Hometown:
Miami, Florida
Born in Queens, New York, vocalist and composer Ashley Pezzotti discovered her love for music when her Dominican father would sing her classic Spanish songs to sleep. She...
Read More
Official
Facebook
Twitter
Instagram