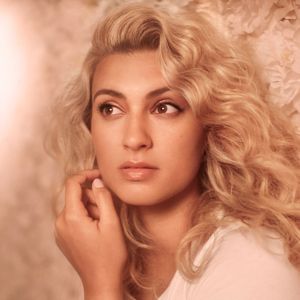 341 RSVPs
GRAMMY winning singer-songwriter, producer, multi-instrumentalist and vocal powerhouse Tori Kelly honours her deepest musical passion and delivers an R&B-infused, infectiously melodic take on classic gospel throughout her heartfelt live performances.
Following her GRAMMY sweep for Hiding Place, Tori released her highly anticipated sophomore contemporary album ‘Inspired by True Events' in summer 2019. Inspired By True Events marks a striking departure from the bright and breezy pop of Tori's 2015 debut album, Unbreakable Smile. Like her 2018 passion project Hiding Place – winner of the 2019 Grammy Award for Best Gospel Album, with hit single "Never Alone" named Best Gospel Performance/Song.
Tori says, "Playing these songs live is a reminder that everyone goes through these sorts of things, and we all need to know that we're not alone. If I were to put out an album that didn't talk about these personal stories, I would just be faking it and hiding from the truth. It turns out that the uncomfortable place was the most honest and true. It was right where I needed to be, and from there I could tell my story."
Whether you're a die-hard fan since day one or a recent listener, there's no doubt Tori Kelly makes an impression on everyone for the passionate and authentic way she instantly commands any stage she steps into. Get ready Australia!
View All Tori Kelly Tour Dates
Find hotels and vacation rentals near The Enmore Theatre in Sydney
About Tori Kelly
Genres:
Pop
my new album “Inspired by True Events” is out now torikelly.lnk.to/TK3