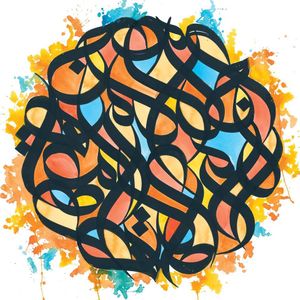 Kihei, HI
Interested
Going
Get Tickets
About Brother Ali
Genres:
Hip Hop
Originally influenced by Earth, Wind & Fire and born into Hip-Hop through break dancing, Brother Ali has been one with the mic since he first heard Miilkbone on recor...
Read More

7 RSVPs
Get tickets to see Brother Ali Dj Last Word at Mulligan's on The Blue Maui
Rapper and activist Brother Ali is among the most prominent artists on the Rhymesayers label. A Midwesterner born Jason Douglas Newman, Ali spent much of his life living in various cities in Wisconsin, Minnesota, and Michigan, where he was first introduced to breakdancing and graffiti and rapping.
Eventually, his demo tape Rites of Passage made it into the hands of the still young Rhymesayers crew, who signed the MC and brought him along with them to the 2000 Scribble Jam, at which Ali was a finalist. In 2003 his debut, Shadows on the Sun, produced by Atmosphere's Ant and including a song ("Forest Whitiker") that spoke of his albinism, came out, followed by the Champion EP in 2004. The next few years were tough for Ali, a devout Muslim, as he was dealing with a divorce and struggling for custody of his son. However, all of this just provided fodder for his music, and in the spring of 2007, Brother Ali's sophomore album, The Undisputed Truth, hit shelves and became his first Billboard 200 entry.
His 2009 effort Us advocated a return to true hip-hop and was followed in 2012 by the more political-minded Mourning in America and Dreaming in Color. In 2017, following a lengthy break between releases -- during which he performed at Rhymesayers' 20th-anniversary concert -- Ali issued the Ant-produced All the Beauty in This Whole Life, one of his deepest and most uplifting works.”
Doors open at 6 pm.
https://www.youtube.com/watch?v=OO18F4aKGzQ&feature=emb_title
FAQs
Are there ID or minimum age requirements to enter the event?
This is an 21+ event.
View All Brother Ali Tour Dates
Find hotels and vacation rentals near Mulligans on the Blue in Kihei
About Brother Ali
Genres:
Hip Hop
Originally influenced by Earth, Wind & Fire and born into Hip-Hop through break dancing, Brother Ali has been one with the mic since he first heard Miilkbone on recor...
Read More