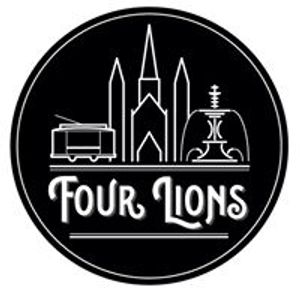 Spotted Mallard
314 Sydney Rd, Brunswick, Australia
Central Victorian roots rockers Four Lions are kicking off 2020 with their first show for the year at The Spotted Mallard.

Hot on the heels of a successful 12 months where the band released its fourth album, the acclaimed Hard Days, Four Lions are performing a handful of dates before they head back into the studio to record album No.5.

Four Lions will roar into The Spotted Mallard (“It’s my favourite venue to play in Melbourne,” enthuses frontman Shann Lions) on Friday, January 17.

The band plies its trade in a potent blend of roots, rock, and alt-country that channels the spirit of their musical heroes, including Wilco, Tom Petty, and Bruce Springsteen.

Punters can expect to get a sneak preview of new songs from the forthcoming album on the night. “I’m excited about recording and can’t wait to get back into the studio,” declares Lions.

The year 2019 proved to be a big one for Four Lions, who spent most of it touring behind the Hard Days album, including embarking on their first interstate dates. It was the Herald Sun’s Album of the Week, a first for an independent, regionally-based band, with its songs garnering national airplay.

And it provided the ideal opportunity for the five-piece - consisting of lead singer/guitarist Lions, lead guitarist Keith MacQueen, keyboardist Stephen Briggs, drummer Gavan Moncrieff, and bassist Bradley Bradford – to further cement their reputation as one of their hometown’s most prolific and hardest-working bands.

Tickets are available from Moshtix $12; or at the door $15.
View All Four Lions Music Tour Dates
Find hotels and vacation rentals near Spotted Mallard in Brunswick
About Four Lions Music
Genres:
Classic Rock, Americana, Rock, Alt Country
Hometown:
Bendigo, Australia
Meet your new favourite band. They're called Four Lions, but there's actually five of 'em these days. And you'll find them rocking out in the central Victorian town of Be...
Read More
Official
Facebook
Twitter
Instagram
YouTube
Soundcloud
Other
Other
Spotify
Other