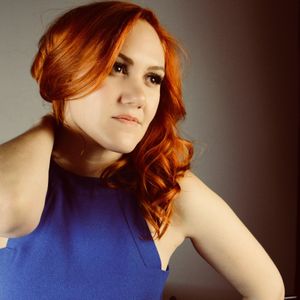 Grace Pettis is an award-winning American Roots artist and songwriter based in Austin, Texas. Pettis has been performing across the United States, as well as in Canada, the UK, and Europe for the better part of a decade. She is the recipient of many songwriting awards and her songs have been covered by Ruthie Foster, Sara Hickman, and others.

-"...a gifted young songwriter with a compelling voice;" "...one of the most talented young singer-songwriters in America."
-Michael Granberry, The Dallas Morning News

-"It is clear there are no limits to what Grace can do."
-Mary Sue Twohy, Program Director, Sirius XM

New Folk Award winning songwriter Rachel Laven performs a blend of Texas Folk and Americana music. A positive force of nature on stage, Laven not only captivates with her smiling lyricism, but with her electric vocals and accomplished guitar work. Laven tours nationally and internationally at festivals, house concerts, and live music venues.

"[Laven has] always been a reverse influence."
-Susan Gibson

"[Laven] will load in the PA. She is not afraid to get her hands dirty.”
-Terri Hendrix