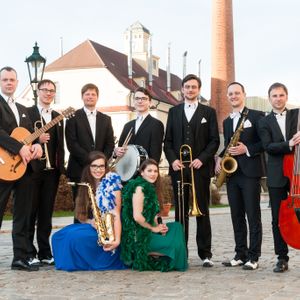 Bohemian National Hall
321 E 73rd St, New York, NY 10021
On May 6th, 1945, the West Bohemian city of Pilsen was liberated by troops of the Third Army of the United States, who gradually reached the city after disembarking on the beaches of Normandy on the legendary D-Day. This ended the occupation of the city by the Nazi Third Reich. To commemorate the 75thanniversary of the liberation, the city of Pilsen will be hosting a range of celebratory events in May 2020 as part of the Liberation Festival. Representatives of the Pilsen City Council will attend Pilsner Jazz Band’s New York concert to present their city to the local public and to personally invite them to come to Pilsen in May and join in the celebrations.