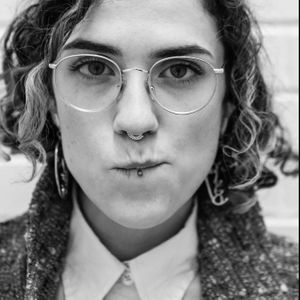 ARI HEST: HTTPS://ARIHEST.COM/HOME
"Ari is a grammy nominated singer/songwriter who began his career as an independent artist in 2001. He built a loyal following touring the college circuit extensively between 2000 and 2003, after which he released two albums on Columbia Records, Someone To Tell(2004) and The Break-In(2007) all the while touring both in the U.S. and abroad with artists such as Martin Sexton, Suzanne Vega, and Ani Difranco.

In 2008, Ari wrote, recorded and released a new song every Monday in his 52 project, and released Twelve Mondays in 2009, a collection of re-mixed fan favorites from 52. From 2010-2016, Ari continued to tour relentlessly and released four other LP's: Sunset Over Hope Street(2011), The Fire Plays(2012), Shouts And Whispers(2015), and the grammy nominated Silver Skies Blue(2016), a duets album with Judy Collins. Ari released his ninth LP, Natural, in the spring of 2017. He is also half of the Bossa Nova inspired band Bluebirds of Paradise, a collaboration with Chrissi Poland.

Many of Ari's songs have appeared on TV and film - The Path, The Lincoln Lawyer, Private Practice, Army Wives, and One Tree Hill to name a few. " -Artist Bio


KATIE KUFFEL: HTTPS://WWW.KATIEKUFFEL.COM
"Katie Kuffel is a tongue-in-cheek, Seattle-based musician smashing the piano in a manner that's not quite blues, not quite folk, and not quite like anything you've heard before. With songwriting that is both innovative and thoughtful, she explores community, feminism, and her personal experiences as an advocate against sexism and violence, with a contemporary sound that supports turbulent, poetic lyrics.

Classically trained in the cello, Katie began songwriting at an early age, composing original works with her instructors when her family inherited an old, upright piano (now housed in her Seattle apartment). She has since expanded to incorporate vocal looping and ukulele in her music. Katie stands by her belief that an artist is only as successful as their community, and strives to collaborate, support, and create opportunities for other Seattle-area musicians through projects, curation, and performance.

Katie has been featured as the musical act in popular podcast Welcome to Nightvale, and in PopMatters as one of the ‘best musical hopes to break out in 2016." -Artist Bio

- Seating is not reserved unless noted in ticket price options.
- We have a mix of padded chairs and benches available.
- We are an all ages venue.
- Attendees are welcome to bring quiet, not too smelly food unless noted.

- Please refrain from talking or texting during the show.
- Please enter quietly if the show has already begun.
- Please leave quietly, it's a very quiet neighborhood.
- Kids 10 & under are free at Abbey Arts concerts & arts events unless noted.


- For ADA information at Ballard Homestead, please see www.ballardhomestead.org/rent or email arts(at)fremontabbey.org There is a ramp around back on the south side of the Homestead for wheelchair access. Fremont Abbey is ADA accessible on both levels.

All ticket sales are final unless noted per refund policies on each show.
View All Katie Kuffel Tour Dates
Find hotels and vacation rentals near Ballard Homestead in Seattle
About Katie Kuffel
Genres:
Jazz, Piano Blues, Folk, Alt-pop, Blues, singer-songwriter
Band Members:
Katie Kuffel
Hometown:
Seattle, Washington
Katie Kuffel is a tongue-in-cheek, Seattle-based songstress smashing the piano in a manner that's not quite blues, not quite folk, and not quite like anything you've hear...
Read More
Official
Facebook
Twitter
Instagram
YouTube
Other
Spotify