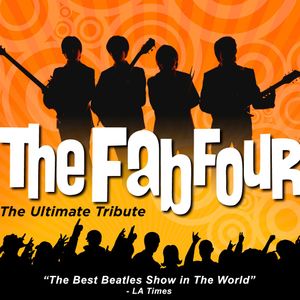 The Colosseum at Caesars Windsor
377 Riverside Dr E, Windsor, Canada
Emmy Award-winning Beatles tribute band The Fab Four is a highly polished tribute act that has been wowing audiences across the U.S. and around the world with its dynamic portrayal of the Beatles for over two decades. The band's note-perfect renditions of Beatles classics make every show a spectacular event!

If you're looking for a Beatles tribute act that truly inspires 21st-century Beatlemania, don't miss The Fab Four: The Ultimate Tribute to The Beatles! Travel back in time to the 1960s with a band that is simply unmatched in its stunning portrayal of the four famous lads from Liverpool!

Learn more about the band at http://www. TheFabFour.com.