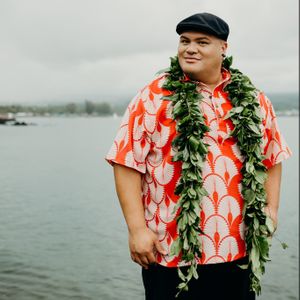 Minneapolis, MN
I Was There
About Kalani Pe'a Music
Genres:
R&b, Soul, Hawaiian Music, Hawaiian Contemporary Soul, Contempary, Hawaiian
Hometown:
Hilo, Hawaii
"THE FOUNDATION of Hawaiian cultural values and practices start from home. We must become the pouhana (pillar) for our families and the communities we serve. We must see...
Read More
Official
Facebook
Twitter
Instagram
Spotify

With his passion for perpetuating Hawaiian language and culture, Kalani Pe’a’s music features his original Hawaiian songs alongside his affectionate bilingual (Hawaiian/English) arrangements of his R&B favorites – a nod to the western music he grew up with.

Join us for dinner before or during the show. Explore our menu >> Did you know that we offer a premium seating option for those who pre-order a $39 food/beverage voucher? Call 612-332-5299 to learn more and order.