No upcoming events
Track to know when Steve Vai is playing near you. 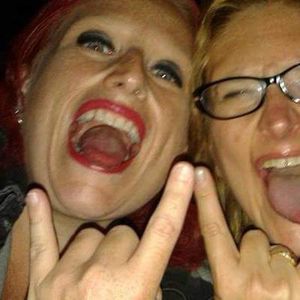 Steve Vai, Nuno Bettencourt, Zakk Wylde, and Yngwie Malmsteen playing together on one stage. At one point Bettencourt, Wylde, and Malmsteen were playing and as soon as Vai came in they blew out the sound system. Everything had to be rebooted and rest. That’s how you know you were at a kickass show!!

Tosin Abasi, Nuno Bettencourt, Zakk Wylde, and Steve Vai were awesome. Yep, that's 4 out of the five stars. The last star is for fun

The show was Phenomenal! A must see.. Yngwvie Malmsteen, Steve Vai, Neno Bettencourt, Zakk Wylde, and Tosin Abasi were each outstanding!!! Wish I could see and experience their work every other night (a night in between for a brief recovery). Moody theater, ACL Staff members get a Negative Ding due to their security staff. Only one specifically, Frankie Garcia who choose not to listen and provided extremely poor security service. Instead of removing individuals who I did not know and were crowding and standing in the place I paid to be, I was threatened to be thrown out based on others who were supposedly warned by him. Not my job nor responsibility to move people who I do not know and do not have tickets to stand directly behind me, pushing me into the stage. I went out of my way, attempting to give him the benefit of the doubt, to address this with Frankie after the show about their possibly being a miscommunication. Frankie who quickly responded that there was no miscommunication and that he had told me "3 times". I responded that he had only said something to me once and that was when he threatened to throw me out. He told me that he told me and my friends 3 times. I pointed at my husband I asked "him?" And he said " no" the other 2, at which time I informed him that not only did I not know them but I asked him on multiple occasions to remove them from my area during the show. All he could respond was that is not my problem, my job is to keep the camera area clear you needed to tell someone else however he never bothered to mention that before and there were many times that I saw him remove others from the other side of the aisle. I find it interesting that he claims that he was to keep the camera area clear since I was doing that throughout the show. When I told Frankie that he could ask the camera crew whether I was helping them he said "I don't need to do that". Thank you for your unprofrssionalism Frankie Garcia. We have tickets in hand for Willie Nelson and Judas Priest at ACL., Moody Theater. REALLY DO NOT WANT TO BE TREATED LIKE SHIT by a Member (1) of ACL Security Staff ever again; yet, by Frankie's I don't give a shit attitude, and if he is still there... surely, we will be held accountable and threatened to be removed because of others actions around us who we do not know and who should not be where they are. I had no idea that when we entered the venue it became our responsibility as not paid security staff to make sure people were in the seats they paid for... Besides this . GENERATION AXE IS A MUST SEE!!!

The setlist for most of the concert was varied, and kept things interesting. I enjoyed Abasi, Bettencourt, Wylde, and Vai. Malmsteen's song choice was very unsaturated, and after a little while, I just wanted him to stop, or vary his performance more. Wylde was entertaining whenever he was on stage, but during every song, he would go off the stage and walk around the floor. This sounds fun at first, but it's not enjoyable when you're nowhere near him, and his solo's aren't very thoughtout, most likely because he's walking around while playing. Vai managed to make the concert super worth it, so it was an overall great show. Hope this review helps!

Incredible performance from all guitarists! Incredible show! Thanks to the people of the Brady Theater that could make it happen and to the Guitar heroes that were willing to play for our pleasure!