As a rock star, reality star, spokesperson, businessman, and philanthropist, Bret Michaels does more jobs in a single day than most people do in ...
Read More
Official
Facebook
Twitter
Instagram
YouTube
Tumblr
Soundcloud
Other
iTunes
Spotify
Store/Merch
Amazon
Check out this exclusive audio of Bret discussing the upcoming #StadiumTour2020 🎙And next Friday December 13, get ready for a Bret Michaels three-peat 🎉 Watch him perfomore 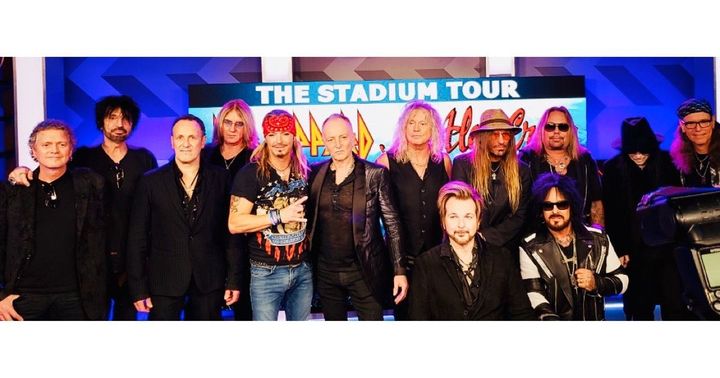 Posted by Bret Michaels
a year ago

Bret rocked Cherokee NC.. So grateful for the Meet & Greet. My 1989 Unskinny Bop single cassette is now autographed.. Great to see a fellow Steeler fan tearing up the world.. made great friends.. lost big money at the casino.. best night ever!

Show was awesome as always. Bret Michaels always puts on a kick ass show 🤘🏻 Very upset about the venue not allowing pics or video yet people were doing it and I was told no! WTF?! Not happy about losing the opportunity to get some pics and video from the show.

Fabulous even though he started 30 min in late. I've seen him & met him multiple times. He's usually very punctual. Now wining the humanitarian award of the year, he continues to auction off his guitar, mic stand, and cowboy hats at the end of every show in addition to his meet and greets which are reasonably priced at $200 a person, in which he donates all of these proceeds to charities of his choice, mostly children's & diabetes foundations. #amazingman

As always, Bret and The Bret Michaels Band put on an amazing high energy show. We had i great time. Bonus, after the show they auctioned off 4 items from the show bringing in a lot of money for local charities bringing in over $15,000.00. AMAZING!!!