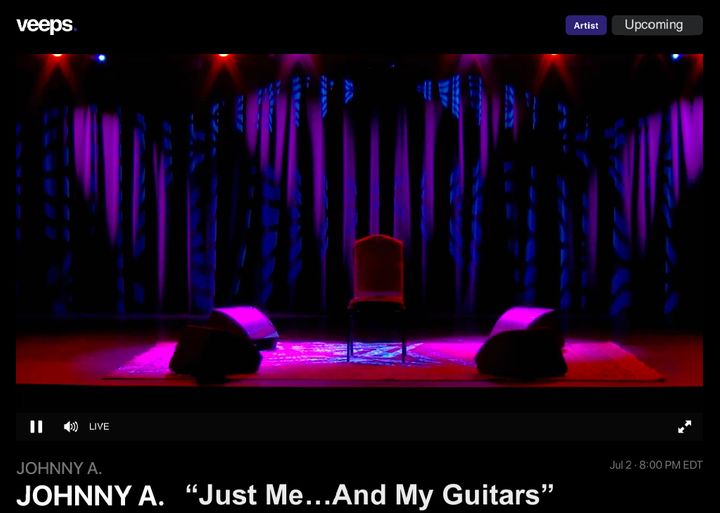 Posted by Johnny A.
8 months ago

Posted by Johnny A.
8 months ago
Fan Reviews

One of the best guitar players I’ve ever seen! He can do it all. The last time I saw him was at Callahan’s in auburn Hills Mi. Saw him there several times. It has since closed- a damn shame.... It appeared, at least to several of us in the audience, that he had just found out about his dad, or someone very close to him, passing away right before show time. He still played (!) and the emotion was incredible. I’ll never forget that show. Go see this guy.

Great night with a unique talent!

Great one-man show. He did the sampling show that was raved about in guitar magazine that he created for Joe Bonamassa s keeping the blues alive cruise. I love the mid day show, but it was a small turnout. I hope he does more there. Love that venue.

Good stuff! Johnny taking on a new approach with loop pedals and no band.