Absolutely amazing 🙌🏻 Drove all the way from ct was definitely worth it, then after the show I walked the opposite way to my hotel then realized a couple minutes later so we walk the opposite way BOOM Courtney Barnett!

This woman is a joy to watch. I saw her years ago when she was new to the music scene, she is humble, honest and her crowd interaction makes you feel a part of the show. Several albums later, she is still highly recommended in my opinion. Thank you Courtney Barnett. 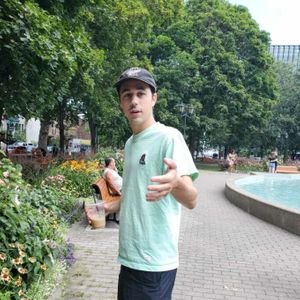 Blew me away. For a relatively small venue, about 500, the show was full of high energy and standout moment. Do yourself a favor and see her next time you can!

Great show. The opening band, sunflower bean, was excellent. And Courtney and her minimalist band rocked. Nice to see a show in daylight. I was very impressed by how aware and interactive Courtney is with her audience. She’s observant, sweet, and humble. Excellent experience.

CB started before 8pm the time printed on the ticket! Who does that? Anyway she sounded great but opening sucks... I’ll see her as the headliner next show.