52,213 Trackers
Track
About Devour The Day
Band Members:
Joey Chicago, Ronnie Farris, Blake Allison
Hometown:
Memphis, Tennessee
Much like beacons, artists of all kinds receive transmissions of inspiration, process them, interpret them, and emit them back to the world.

No upcoming events
Track to know when Devour The Day is playing near you.

Absolutely love Ronnie, Blake and Joey! 4th time and will see them again and again... yep, that good!

It was amazing! We got there a little late but had a blast. We seen Devour The Day when they came to Clarksville 2 years ago and will go to another one of their concerts again when they swing back by the Nashville area. The venue was a little small though, but it was still a great venue to host them.

Devour the day was great -love all their new shit they played up on the stage - seems nice and heavy 👊🏼🤘🏼... probably first time I ever saw devour where Blake didn’t trust fall into the pit. ??... however there were antics of the night... it seems that they all went out for bowling on Thanksgiving all the bands on tour and devour the day was obviously the winter and the losers had to pay the consequences... during the show opening band dressed as Elves the entire gig = tooo funny... they did their entire set with skirts and boots with bells and elf hats...and hands Like Houses had to continually mention what a great band Devour the Day was during their set...it made for lots of laughter for sure !! I have never heard of the other bands on this tour...I went to see devour the day. I did stay to give it a fair shake and the other bands Amarosa and hands like houses are both full of energy, they have quite a following Fanbase who know every word to every song and seemed to have enjoyed the show. The music and the style is definitely not for me..seemed more dance based... I didn’t feel as if Devour the Day belong touring with this group of bands..I always saw them as more of a heavier band and have always see them with heavier groups for many years now so not exactly sure how they wound up in the tour. I personally did not feel they belonged with these groups musically however it was obvious they were very close with the bands personally and all had a great time playing tricks goofing off and having fun during this night. I’m not sure I would arrange my schedule travel and take the time and money to see devour the day with this group again but it was nice to see the guys nonetheless just not into this type of music they chose to travel with during this leg . The leg of this tour with Amarosa and hand of houses ends mid December.. Hopefully I will catch devour boys as they continue their festivals and hopefully with heavier bands on their next leg..

Seeing Devour the Day was Amazing! The lead singer’s name is Blake & by far one of the happiest persons in a band I’ve ever come in contact with. That also is amazing & would love to see them again. Your Awesome Devour the Day! 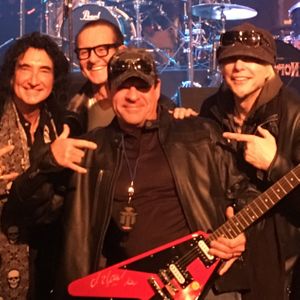 Great group of guys . Spent a lot of time after the show with the fans . Thanks DTD 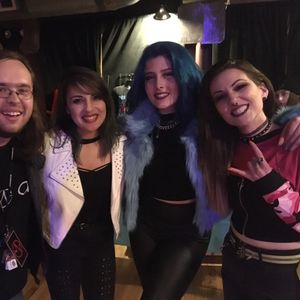 #soundtracktoYOURstory is incredible! A MASSIVE game changer in the industry and a mindset I highly think other bands and most importantly, labels and radio should develop. And a massive thank you to Blake, Joey, and Ronnie for taking such an interest in my project’s demo ep. It is seriously so much appreciated!
View More Fan Reviews
Fans Also Track
Breaking Benjamin
Volbeat
All That Remains
Nonpoint
OTHERWISE
Shinedown
Halestorm
Gemini Syndrome
Five Finger Death…
Adelitas Way
Chevelle
10 Years
About Devour The Day
Band Members:
Joey Chicago, Ronnie Farris, Blake Allison
Hometown:
Memphis, Tennessee
Much like beacons, artists of all kinds receive transmissions of inspiration, process them, interpret them, and emit them back to the world.