38,912 Trackers
Track
About Davey Suicide
Genres:
Industrial Rock, Metal, Rock
Band Members:
Davey Suicide, Derek Obscura, Niko Gemini, Marton Veress
Hometown:
Hollywood, California
The name, “Suicide” is a constant reminder that unless we kill ourselves, there’s no ceiling for what we are capable of.“ 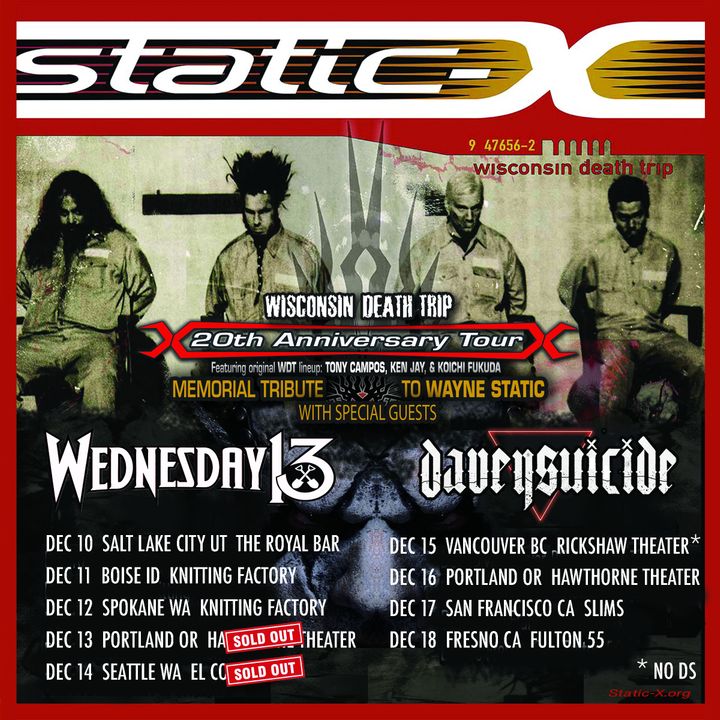 Posted by Davey Suicide
9 months ago

No upcoming events
Track to know when Davey Suicide is playing near you.

As always Davey Suicide will never disappoint!!! Awesome front man, talented musicians and just all around great bunch of guys! Want a show to get away from reality for a bit, head out to closest Davey Suicide show you can find!

Davey put on a great show in spite of the technical difficulties.

I have loved Davey Suicide for years so glad to see them slay London again even after nearly 5 years, if no one has ever given them a listen they should as they'll be blown away!!

its was a fantastic show from a talented bunch of musician's who need to be more in the spotlight and on at larger rock festivals,I be there to see you in the future .