You Me At Six

Follow us on
Instagram: https://www.instagram.com/youmeatsixofficial
Spotify...
Read More
Official
Facebook
Twitter
Instagram
YouTube
Vevo
Spotify
Events in Your Area
No shows near you?
Ask to play in your city
Upcoming Events
Past Events
MAY
23
Swansea, United Kingdom
Singleton Park
Tickets & RSVP
Live Photos of You Me At Six
View All Photos
Fan Live Reviews

Not as many people showed up which i’m sure was disappointing for the band. The people that did show up had great vibes and made a great show! I hope they come back more frequently to keep their fan base alive here in toronto. Always a great performance!

After waiting 4.5yrs for YMAS to return to the U.S. they did not disappoint. Even though they recently released their 6th album, the set was a perfect mix of all songs across their extensive discography. The smiles of the band were matched by the broad smiles of the audience & the vibe was excellent in the room! I highly recommend seeing YMAS live; you will most certainly have the best time! 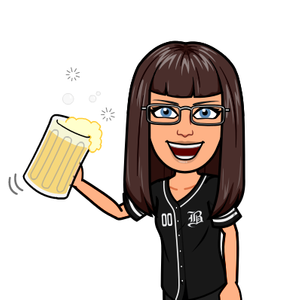 i can't find the words to describe just how fackin awesome it was last night these lads never ever fail to put on such a great show every time they play the O2 Academy in Sheffield town centre i just absolutely love these lads such a big fan of all their music old and new can't wait for these lads to return in the near future just hope that we are not waiting too long for them to return to Sheffield...

YMA6 put on a great show. The lighting and pyrotechnics were cool but the sound levels were off. Vocals were way too low and was often "lost" amongst the instruments.

Awesome concert in a great, intimate venue ! The band had such energy !!! The frontman is very good at connecting with the crowd, was both funny, provocative and moving at times... They really made an effort to interact with the fans assembled there, and their performance was intense !!! "Room to breathe" is my favourite song and they really turned it up to eleven 🎶So sad I won't be able to attend the next concert @ La Cigale in March 2017 !
View More Fan Reviews
Fans Also Track
A Day To Remember
My Chemical Romance
Asking Alexandria
Falling In Reverse
Mayday Parade
All Time Low
Fall Out Boy
Memphis May Fire
Bring Me the Horizon
Sleeping With Sirens
Of Mice & Men
Blink-182
About You Me At Six
Genres:
Alternative Rock
Band Members:
Josh Franceschi,, Max Helyer, Chris Miller, Matt Barnes, Dan Flint
Hometown:
Surrey,Canada
Pre-order our new album VI now: https://youmeatsix.lnk.to/VITw
Released 5th October 2018