After making waves in 2019 with new music, siblings Sydney, Noah and Graham Sierota are kicking off 2020 on a high note: dropping their f...
Read More
Official
Facebook
Twitter
Instagram
YouTube
iTunes
Spotify
Snapchat
Webstore
Amazon
Events in Your Area
No shows near you?
Ask to play in your city
Upcoming Events 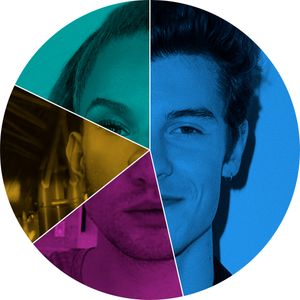 Amazing concert with two warm up bands. Young people with so much creativity, talent and energy. I was so amazed at the ticket price I couldn’t believe it. I’ll be back!

I loved this concert so much! It was my very first one and the opening acts up to Echosmith were awesome! It was such a great experience and after I was able to take pics with every act! I loved this experience so much! Thanks for the amazing show!

Was a fantastic concert. One of the best ones I’ve ever been to. Small venue but we payed $25 dollars and were front row at the stage. Echosmith was fantastic and so were the opening bands. Will go again.

First time seeing Echosmith and will definitely see them again. Love the new slower but personal songs on the new album. Posted videos from the show to YouTube. They gained a new fan.

Great concert! Was happy they toured as was an appropriate show for kids and was able to take everyone- some for their first concert.

I've seen Echosmith twice in the last few months and both times they were amazing. this show was small, about 200 people, but an extended show. Because it was a longer they played new unreleased music and did some covers. If you have a chance, see this band!
View More Fan Reviews
Fans Also Track
Tove Lo
Meghan Trainor
Bastille
Fall Out Boy
WALK THE MOON
twenty one pilots
OneRepublic
Ellie Goulding
Taylor Swift
Maroon 5
Vance Joy
Charli XCX
About Echosmith
Genres:
Alternative, Pop
Band Members:
Sydney - Lead Vocals, Noah - Bass Vocals, Graham - Drums
Hometown:
Los Angeles, California
Echosmith is back in a big way!