—whic...
Read More
Official
Facebook
I’m so excited for you to see my global streaming concert event on Dec 17/18, ✨ CAN'T WAIT TILL I'M OUT OF K-12! ✨ Tickets go on sale Dec 2 at https://shops.ticketmasterpmore 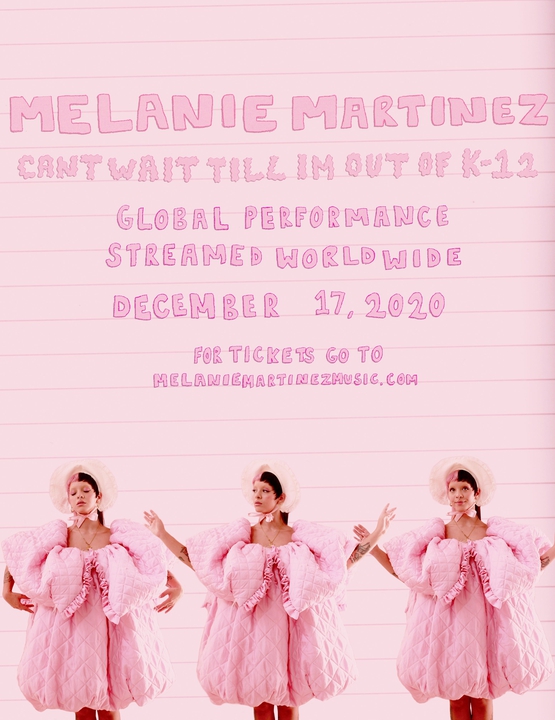 Posted by Melanie Martinez
3 months ago

No upcoming events
Track to know when Melanie Martinez is playing near you. 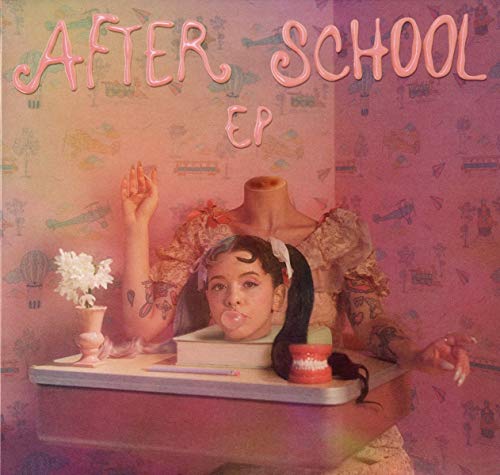 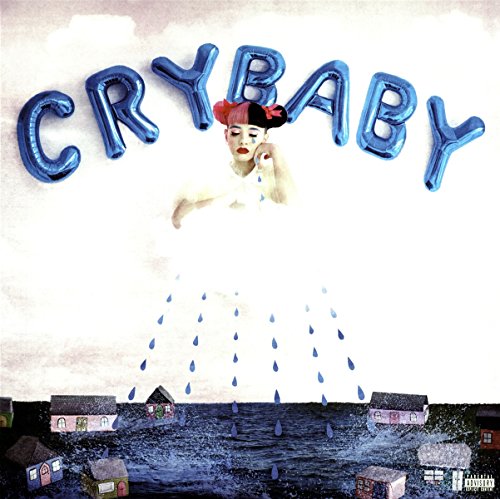 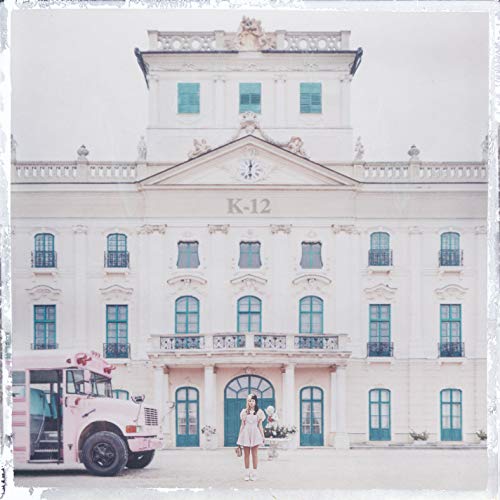 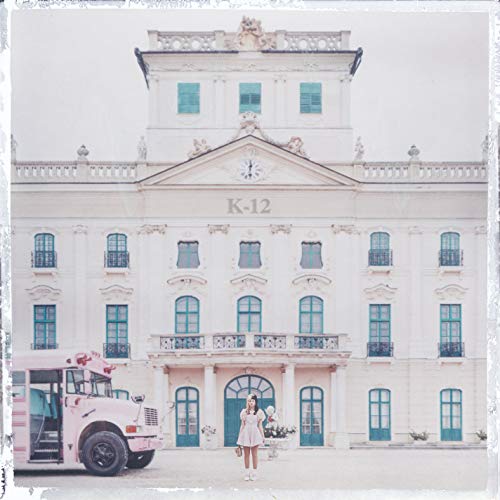 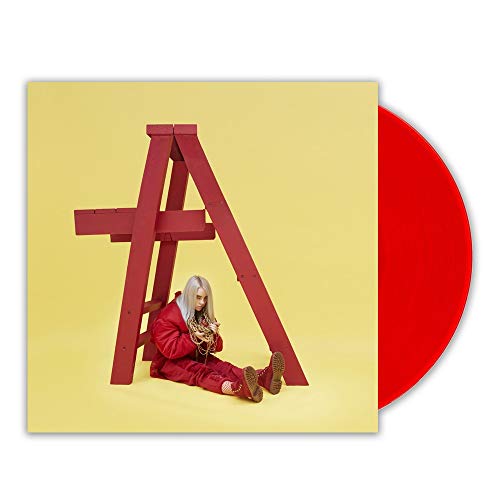 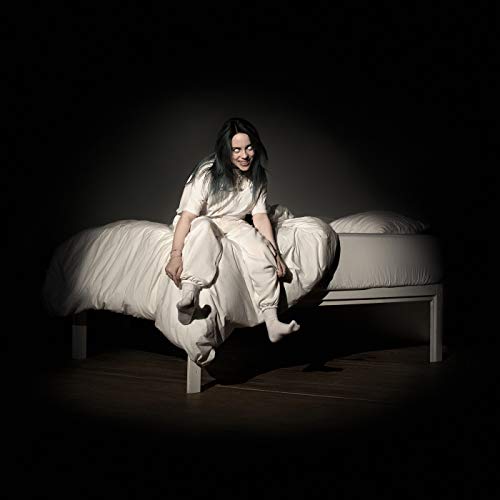 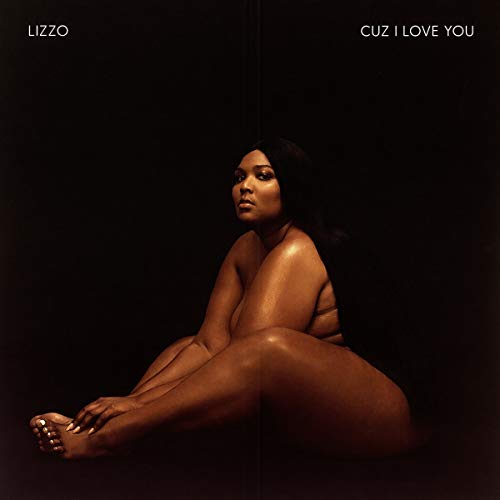 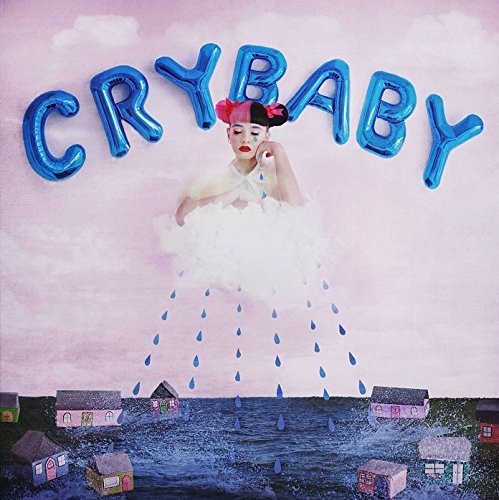 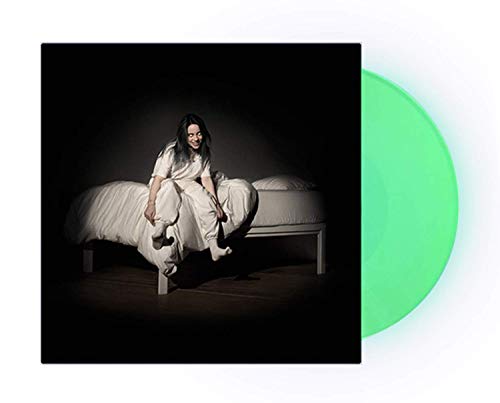 It was so amazing although Melanie was 2 hours late it was worth it our opening was Naaz i was at the first row and i got a picture with Naaz and i met her Melanie was so beautiful and her amazing angelic voice at Strawberry Shortcake and Orange juice they putted a spray setting it smelled amazing we also had Fire Drill and two songs from the Cry baby album Alphabet boy and Mad hatter i was so blessed Melanie touched a fan’s hand at Fire Drill and she took out the pride rainbow flag I remember at orange juice she was squeezing and throwing a orange and the peels THE BEST DAY OF MY LIFE if you go there please remember to go very early because past the time they’re going to lock you out you don’t really need to bring with you water because the guards gave us and if you want the confetti at fire drill you can as the guard to give you some like i did and i still have it if you get VIP like i did you will get early access and a bag full if goodies e.g a K-12 hat K-12 pencils a K-12 bag a K-12 notebook and remember to bring money because they also sold some merchandise clothes I remember getting the VIP for m&g but it didn’t have m&g it had to days later at a mall that Melanie didn’t announce but her company did i think on tweeter at the concert someone had a panic attack so please if you get panic attacks be careful and people were fainting but the life guards got them and now their ok REMEMBER be very early

i enjoyed this concert so much 🥺 i’m really glad i got to go, i love her so much🥺❤️ the concert was super amazing and i’ve been DREAMING of going to one of her concerts since the first ‘Crybaby’ tour. i’ve been a fan of her since the first time she came on The Voice and became even more interested in her when ‘Dollhouse’ came out in 2014, she instantly became my favorite artist. I really enjoyed the visuals of the concert while she sang all of her songs and the way everything looked. I really enjoyed everything and i’m still shocked i got to see her LIVE. i also loved when the singer (Naaz) came out and sang a bunch of amazing and beautiful songs before Melanie came out, it was amazing but i was in tears when Melanie came out because i was so happy i saw her and heard her beautiful voice in real life. it was definitely the best day of my life and i really hope i get to see her live again because that was truly the best time of my life 🥺

I got stuck at the very back row, but I'm not complaining. The dances were awesome, and (even though most of the K-12 songs were likely pre-recorded) Melanie's singing was absolutely beautiful! At the end of the show she played some songs from Crybaby for the encore, and finished with Copycat. During the dance for Orange Juice, the room was filled with an orange scented spray that made the whole venue smell amazing, and Strawberry Shortcake I think she sprayed her perfume, which was an amazing touch to the show! The stage setup and the different costumes were so awesome, and I wish I had been a little closer to get the full experience, but Melanie is so awesome at shows, so if you ever get the chance to get some tickets - it is definitely worth it🧚‍♀️ 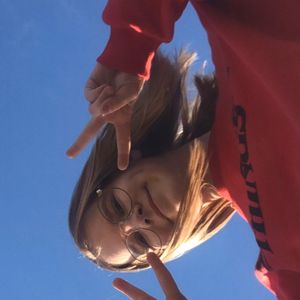 It was amazing!!! I really liked the show. If someone told me in 2016 that I will be on her concert I would not believe! The crowd was a little lame, only some people really jumped and danced,but that didn’t make the concert worse. So in love with Melanie, she is fucking awesome😭💕 I really want to go back in time to go on this concert again😭🎀 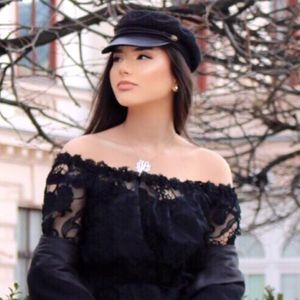 I went to many concerts, but Melanie Martinez was by far the Best Concert Experience i had! She’s adorable, beautiful and really Unique. I love everything about her. Getting VIP tickets was the best decision i made. Melanie smiled and made eye contact with me so many times since i was standing front row. Her Concert was worth every Coin. I would definitely go again! 💕 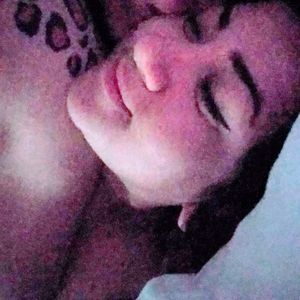 Took my daughter to see Mel, and i gotta say i actually liked how the show turned out..it was pretty amazing, her music's not my cup of tea, but i was happy for my daughter and all her other fans that were there to see her..at the end when she gave her thanks to her fans it seemed super genuine, and u can tell she really enjoys doing concerts and seeing her fans enjoy themselves..
View More Fan Reviews
Fans Also Track
Blackbear
My Chemical Romance
The Weeknd
Fall Out Boy
All Time Low
twenty one pilots
Halsey
Lana Del Rey
The Chainsmokers
The Neighbourhood
5 Seconds Of Summer
Charli XCX
About Melanie Martinez
Genres:
Pop, Indie, Alternative
Hometown:
Baldwin, New York
Melanie Martinez's creative drive and talents have always distinguished her from other musicians. After releasing her platinum-certified 2015 debut album, Cry Baby