324,527 Trackers · On Tour
Track
About Whiskey Myers
Genres:
Rock, Southern Rock, Country
Band Members:
Cody Cannon-Lead Vocals, Cody Tate-Lead Guitar, Rhythm Guitar, John Jeffers-Rhythm Guitar, Lead Guitar, Gary Brown-Bass, Jeff Hogg-Drums, Henry Glascock, HG@wmeentertainment.com
Hometown:
Tyler, Texas
Genre-bending band Whiskey Myers have played more than 2,000 live shows since their
emergence in 2007 and have sold out 95% of their headlining shows over the past two ye...
Read More
Facebook
Official
Have you ordered your Whiskey Myers Coloring book yet? if so, what is your favorite page? If not, what are you waiting for!? ⚡ https://bit.ly/2M8Rxg6 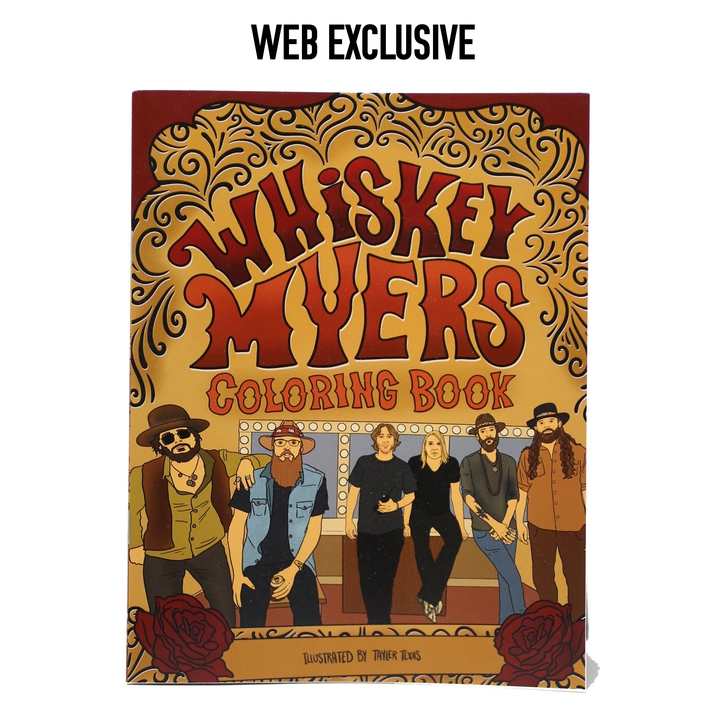 Posted by Whiskey Myers
24 days ago

The band is spectacular, especially John Jeffers who is breathtaking. It was fantastic despite Cody Cannon’s out-of-sync-with-music delivery of the lyrics, especially early in the set. (Hey Cody, if you are bored with “bars, guitars and honky tonk crowd” then play something else. And decide on the lyrics for “Ballad of a Southern Man” because you never sing it the same twice.) Cody’s delivery improved through the set and the new music was really good and well received. That was my 15th WM concert and it won’t be the last.

Fabulous, energetic performance by all. The sounds was a better off and loud at first and vocals not clear but was fixed. Wish the lights weren’t pointed at the audience, back lighting the band; I want to see them clearly. Thinking I love to see them again at other venues!

All in all great show. Cody’s voice needs a rest. Sound was bad. If it was the bands system need to fix it or if it’s the venue then Shane on them. Vocals were muddy and Cannons mic was either not on or not working at times . However it is awesome to see them in this venue. Lucky if you went because soon you may not be so lucky to se them in such a nice small venue. Keep on rockin dudes. Also to all the fans it’s great to see fans sing along

Whiskey Myers showed up and rock the house. This will be one of those tours people say they wish they went to. The only problem was the venue at the Depot. The sound quality there is just very poor. The band was great the venue was not

Whiskey Myers was awesome. They play hard and fast and clearly had a blast doing it. I’ll go see them again when they come back through town, no question. They added 3-4 minutes to some of their best songs going on runs and jamming. Five stars for their effort and performance. Two stars for the venue. Venue staff was great, but the mics, acoustic balance and lights all sucked. Cody Cannon couldn’t get more that a few inches away from the lead mic before his voice would completely cut out. John Jeffers and Cody Tate would be running licks together up front, with one spotlighted and the other completely in the dark. Acoustic guitar, harmonica and subtler parts of the performance could barely be heard.
View More Fan Reviews
Fans Also Track
Josh Abbott Band
Casey Donahew
Bart Crow
Cody Johnson Band
Stoney LaRue
Jason Boland &…
Wade Bowen
Aaron Watson
Reckless Kelly
Randy Rogers Band
Eli Young Band
Cody Jinks
About Whiskey Myers
Genres:
Rock, Southern Rock, Country
Band Members:
Cody Cannon-Lead Vocals, Cody Tate-Lead Guitar, Rhythm Guitar, John Jeffers-Rhythm Guitar, Lead Guitar, Gary Brown-Bass, Jeff Hogg-Drums, Henry Glascock, HG@wmeentertainment.com
Hometown:
Tyler, Texas
Genre-bending band Whiskey Myers have played more than 2,000 live shows since their
emergence in 2007 and have sold out 95% of their headlining shows over the past two ye...
Read More
Facebook
Official