No upcoming events
Track to know when The Gaslight Anthem is playing near you. 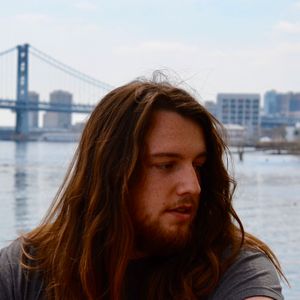 They unfortunately didn’t play some favorite songs of mine and weren’t ready to end when the zoning officials told them to stop playing at 11. Still awesome.

Amazing show...but the venue was hotter than hell. No AC! Wtf? And no water to hand out...still a KILLER show but wtf Riv?!

Not taking the piss, but this was the best I’ve ever seen them! Smashed it, Dave Hause was the bollox too!!! 🕺🎸🤟🏻

One of the best gigs of my life, first hearing The 59 Sound 10 years ago when I was 13 years old, last nights show was a dream come true!

Needed a bigger venue... packed house, great show! Sensed the tension on stage between band-members. Lots of fans from Jersey that’s for sure. Ticket sales went in seconds. Had to pay way too much.

District Square is a good venue. Don't go at door time unless you want to buy a beer and chat. The band opening band didn't play until 9pm. Gaslight Anthem was a little late due to some driving difficulties. But, the set they played happened to be amazing. Straight to the point, no filler. The crowd, however, took forever to get energized. The band couldn't read the crowd either because once a little energy sparked they switched into a mellow sad song instead of driving the energy up. The final six songs I watched some amazing patrons encourage some fun by jumping and squeezing close, hinting at a crowd begging to be alive. The closing songs were 10 times louder as the people around me sang louder than the stage. I haven't seen a more dedicated fan base. If only they had a concert they truly deserved.
View More Fan Reviews
Fans Also Track
Mumford & Sons
Bouncing Souls
Frank Turner
Jimmy Eat World
Brian Fallon
The Killers
Rise Against
Kings of Leon
The National
Foo Fighters
Social Distortion
Blink-182
About The Gaslight Anthem
Genres:
Rock - Punk - Alternative
Band Members:
Brian Fallon - Ben Horowitz - Alex Levine - Alex Rosamilia
Hometown:
New Brunswick, New Jersey
New merch from The Gaslight Anthem available now
http://hifi247.com/gaslight-anthem.html