86,870 Trackers · On Tour
Track
About Big Thief
Genres:
Alternative, Acoustic, Folk, Indie
Band Members:
Max Oleartchik, James Krivchenia, Buck Meek, Adrianne Lenker
Hometown:
Brooklyn, New York
30 miles west of El Paso, surrounded by 3,000 acres of pecan orchards and only a stone’s
throw from the Mexican border, the band Big Thief (a.k.a. Adrianne Lenker, Buck M...
Read More
Official
Facebook
Instagram
'Two Hands' is here. Our 4th album. We're so happy to finally release this into the ether, and we hope it could mean something to you, as it means so much to us.

Listen to the album here: https://bigthief.ffm.to/twohands.vex 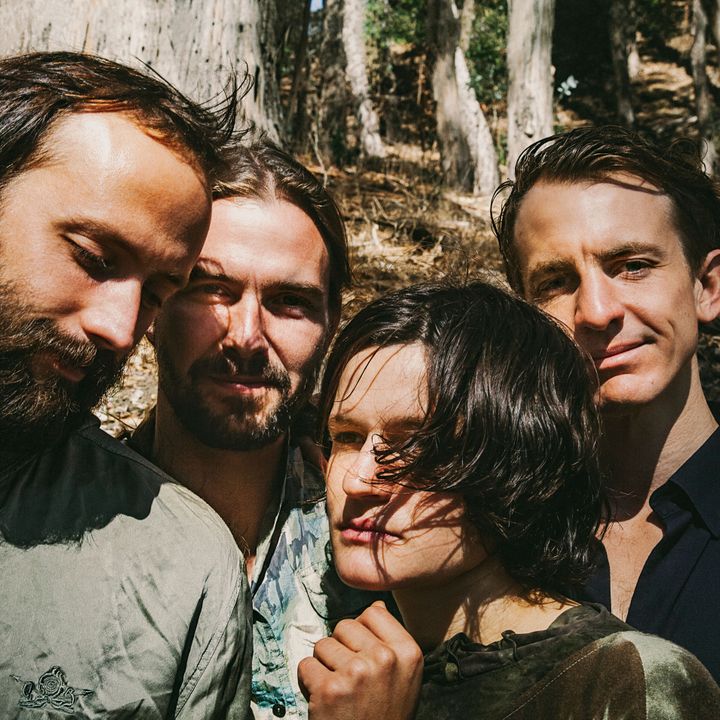 Listen to the album here: https://bigthief.ffm.to/twohands.vex

Amazing opening act. The waiting period between Ithaca (opening act) and Big Thief was a bit long and there was no crowd interaction until the very last song (before the encore). Then the singer opened up and revealed that she didn't acknowledge the crowd because she "was falling apart up here", which was very charming. From that point on the atmosphere soared, with an air of mutual appreciation and support between band and audience. So after an amazingly energetic opening act, a waiting period that let 80% of that energy and good will dissipate, and a rather lackluster beginning, the show really turned around half time and left me very satisfied.

Support act inappropriate! Awful hardcore thrash metal - no bloody thanks! Great perf from Big Thief - though hope next wave of new material will have a few faster songs like Snake Smile and Not which were both amazing!

Amazing show. One of the best I’ve been to this year.

Adrienne is a beautiful soul and it’s a pleasure to be in the same room as them. The performance is on a whole other level.