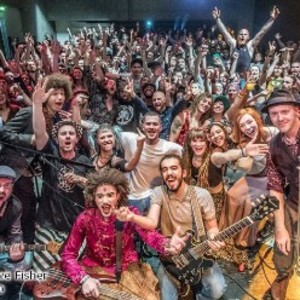 No shows near you?
Send a request to Unknown Era to play a show in your city
Come to New York!
About Unknown Era
Unknown Era formed in 2014 by a ragtag group of musicians, socialites and party heads, all well known in the local Nottingham scene.