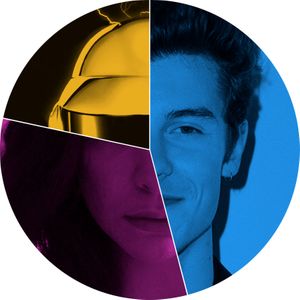 thank you so much for this show, it was amazing. especially thank you paul for taking my sign „in the end you‘re gonna be alright“ i hope i could make your day a little bit brighter, i love you jake, les, paul and the whole crew

IT WAS SO GREAT! Even with the disaster that happened on 13 August and people waiting 4-5 hours to know that the show has been rescheduled to 14 August, IT WAS WORTH IT. EVERY SINGLE SECOND OF THE SHOW WAS WORTH ALL THE TIME I LOST ON 13 AUGUST. The crowd were singing along to every word and we all sang as one. Thank you so much LANY for coming here, I hope you'll visit us again 💕💖

The venue wasn’t the best - seeing them somewhere like The Triffid was definitely better. But regardless, this night is down as the best concert I’ve been to purely because of Lany. The way we feel their love, pain and passion through their lyrics and performance is why I love seeing them live. 🌙

lany was amazing. but the venue was trash. they split the over 18s from the under 18s. and then we were informed that they were going to let us in at the same time. but they let over 18s in first. and from someone who was waiting from 6am to get barrier - i must say i’m disappointed in the venue management. y’all suck. but i love lany they put on the best performance.

I met paul klein and he was just a beautiful as I thought he would be. They sound like they did on the CDs and the performance was like i was dreaming. General admission was quite the experience, as Paul crowd surfed and at one point a fight broke out with some shove-y drunk girls, but overall it was a terrific experience and I will never forget it

I can’t even explain how amazing this was ! The show exceeded my expectations and it was just indescribable 😭 If you ever get the opportunity, LANY is definitely a must see !!! I couldn’t have been happier ❤️
View More Fan Reviews
Fans Also Track
Blackbear
The Weeknd
Khalid
Billie Eilish
Lauv
twenty one pilots
The 1975
Halsey
The Chainsmokers
Oh Wonder
Post Malone
The Neighbourhood
About LANY
Genres:
Alternative
Band Members:
Jake, Les & Paul
LANY on VEVO: https://www.youtube.com/LANYVEVO
LANY Merchandise: http://smarturl.it/LANYstore
LANY on Spotify: http://smarturl.it/LANYSpotify
LANY on iTunes: http://smart...
Read More
Official
Facebook
Twitter
Instagram
Vevo
Webstore
Newsletter